My grandfather HONG Hock How was born at the end of the Ching Dynasty in Dong An Village, Taishan County, Guangdong Province 廣東省台山縣東安村 on July 19, 1900. He spent his boyhood years in the village, entering school at age 7 where he spent his first four years memorizing books and learning how to write.

The Chinese Revolution of 1911

In 1911, the Chinese Revolution overthrew the Ching Dynasty, and the Republic of China was established on January 1, 1912. The revolution signaled the end of 2,000 years of dynastic rule in China and the start of China's early republican period. The revolution accelerated the modernization of daily life in China, and for Hock How, it meant his school was re-organized and divided into different classes. He continued to study there until he was 15 years old.

In February 1915, Hock How’s father, Hong Chew Yook, returned to their village from America. At Hock How's grandmother's insistence, he married NG Chau Hai, “a very pretty girl", in April 1915. Hock How returned to America with his father on October 27, 1915. He was detained on Angel Island while his citizenship status was investigted. After the initial interrogation, Hock How's case was reject, and he faced deportation. Chew Yook hired a lawyer who petitioned the Labor Department in Washington DC. Eventually, his petition was granted, and on February 23, 1916, Hock How was admitted to the U.S. as the son of a native-born citizen.

Once in Palo Alto, Hock How spent a month teaching himself to read English with the help of friends and was eventually placed in 4th grade at the Lytton Primary School. In 1918, his wife, NG Chau Hai, had a heart attack and died while traveling to her younger brother’s wedding. According to Hock How “that news knocked me off my feet, but thereafter I determined to put all my energy into study.” He continued his studies at Palo Alto Union High School and went on to qualify for admissions to Stanford University’s School of Engineering.

From the time he started Primary School, Hock How worked for families as a house boy, doing odd jobs in the house including cooking and cleaning. This work earned him “a room in the back barn, breakfast, and evening meal, and $20 per month.” He first worked for Mr. Nagle, then Professor Fish, and finally Mrs. J. F. Newsom at 1129 Cowper Street, Palo Alto, eventually earning $40 a month.

In 1924, he took a camping trip through the Northwestern U.S. and Canada. Then in January 1926, “having no mind to study,” Hock How returned to China. Traveling from Shanghai to Canton, Hock How barely missed taking a steamer that was robbed enroute. He unsuccessfully courted two girls in Canton, then returned to the village where he married my grandmother CHU Tui Goon on May 1, 1926. Hock How was 26 years old and Tui Goon 18. They stayed together in the village for two years and had their first son, Larry, in 1928.

That same year, Hock How returned to school the Palo Alto.

At Stanford, where he was known as John Hock How, he to continue his studies, completing his Bachelor of Arts degree in 1930 and a graduate Degree of Engineer from the Electrical Engineering department in 1932. Hock How was listed in the 1930 US Census as living at the Chinese Student’s Club House at 528 Salvatierra Street, Stanford, CA, where he was the club president.

Due to his school workload, Hock How did not work during his two years of post-graduate studies. Even with his savings and help from his father he could not cover the $320 per quarter tuition. Hock How signed a $2,000 promissory note with Stanford University.

Two years into the Great Depression, there were few job opportunities for Chinese, let alone college-educated ones, in America. So, Hock How returned to Canton where he slowly worked his way up from teaching mathematics at Pui Ying Middle School to being a full Professor of Electrical Engineering at National Sun Yat Sen University. Hock How’s second son, Jack, was born in 1933.

The family moved to Canton in early 1934 when Larry was five and Jack was six months old. During what Tui Goon called the "armed revolution of Chin Tai Han," the family went to Hong Kong for several months. (I have not found any other references to this revolution, but the timing coincides with the Nationalists' fifth encirclement campaign against the Communists' Jiangxi Soviet.) After returning to Canton, Paul and Lily were born. In 1936, Hock How published two academic papers titled "200 volt Flash" 二百伏特閃動 and "Molybdenum as a Talking Plate" 鉬，能言之金屬.

In 1938, war with Japan spread south from Manchuria and the University moved the Ching Kong in Yunnan Province. In June 1938, when Lily was just six months old, Hock How moved the family to Hong Kong

Hock How then moved to Rangoon Burma, where he had been appointed Head of the Works Department of the Rangoon Truck Assembly Plant by the Chinese government. At the plant, Hock How's team assemble 2,000 Dodge trucks then 500 Ford trucks which were built from complete knocked-down condition. After the truck chasses and wooden bodies were assembled, they were loaded with war materials and driven to Chongqing, China, on the Yunnan-Burma Road. The plant completed both jobs within 16 months.

After living in Hong Kong for two years, Tui Goon and their children made their way to Rangoon traveling by boat for a month long journey via Thailand and Singapore. Hock How and his partner Mr. Y. H. Kwong then tried to form a trading company, known as Jing Hong Trading Corporation, which sold International Harvester Trucks and farm equipment.

On December 7, 1941, the Empire of Japan launched simultaneous aerial attacks against Pearl Harbor, Guam, Hong Kong, the Philippines, Shanghai, Singapore and Wake Island, and land invasions of Thailand and British Malaya. As Hong Kong and Singapore fell in quick succession, and Burma was threatened, Hock How decided to evacuate his family to Kunming. They escaped on the Burma Road driving an “Austin 12” 12 HP passenger car with a hired driver following in a truck loaded with family and company goods. According to Tui Goon they also traveled with "a 3-ton truck loaded with steel bars for Chiang Kai Shek."

They left one week before the Japanese conquered Rangoon on March 7, 1942. Tui Goon wrote, "The invading Japanese Army were close behind us, but we were lucky and arrived in [Kunming] safely, although the trip took over a month on the Burma Road."

“The Yunnan-Burma Road was the backdoor to China. The Chinese Government depended on this road for supplies during the years of 1939 to 1942. The road distance from the Burma border to Kunming is only about 600 miles but a portion of the road is narrow, dangerous, and goes over the Wai Tung Mountains [Hui Tong 惠通], 12,000 ft. above sea level. It usually takes six days for the journey over this distance....

“...Some people, who were slow and were unlucky and did not get over the Wai Tung Suspension Bridge [Hui Tong惠通橋] soon enough, were caught by the Japanese either as prisoners or had to run away and walk over the Wai Tung Mountains.”

In Kunming, the boys went to school learning the Yunnan dialect, and Mary was born. Hock How wrote that he did not do much during the war years, but somehow made enough from “various deals on commissions” to live comfortably.

Tui Goon recorded that in Kunming the family "lived on the Second (上二) street. Hock How had a jewelry store. Larry went to Wu Wha Middle School."

In 1945 when it seemed that the war was about to end, Hock How took Larry to the United States, flying over the “Hump” to Calcutta. They stayed for four months before they arranged to travel by freighter to Port Angels, Maine, where they arrived in December. Hock How enrolled Larry in a private school in upstate New York

Meanwhile Hock How and his old business partner, Mr. Kwong, opened an office on Wall Street for Jing Hong & Co. Over the next year, the company obtained the agency rights for Burma for International Harvester, Packard Motor Company, Cummins Diesel Engines, and Austin cars for British Motors. Hock How also returned to Stanford Univeristy to paid off his interest free promissory note from 1932. In December 1946, Hock How flew on a cargo plane to Shanghai then caught another airplane to Bhamo in northern Burma and a train to Rangoon. There he opened an office and showroom for Jing Hong Trading Corporation.

In 1947, Tui Goon returned to Rangoon by the Yunnan-Burma Road with the rest of the family and their belongings in tow.

The Chinese Communist Revolution in 1949

In 1949, as the Communist Revolution was sweeping over China, Hock How brought Jack and Paul to San Francisco where Larry rejoined them. In January 1954, Tui Goon followed with Lily, Mary, and Larry’s wife Marie. They bought the house at 124 23rd Avenue in the Richmond district of San Francisco. At some point during this time, Hock How started long-term relationship that would last until his death and resulted in at least one son, Chester. Hock How moved to Hong Kong in 1960 running his businesses in Burma from there.

In 1962, the Burmese Government was overturned in a coup d'état that began 26 years of one-party rule and political dominance by the army. They coup leaders established a revolutionary council which promoted the Burmese Way to Socialism. The new council nationalized all banks and private businesses, and the family’s business was wiped out. At a time when Hock How should have been looking forward to retirement, he now had to start all over.

Hock How branched out to other SE Asia countries, and by 1967, his company, The China Engineers (Thailand) Ltd, represented American exporters, such as John Deere Industrial tractors, Ingersoll-Rand air compressors, American Hoist Co., Universal Engineering Co. However, the competition was keen, and the company did not turn a profit until 1968.

That same year, Hock How returned to live in Hong Kong full-time, and in 1969, he joined the import-export firm, Deacon & Co. Ltd, as manager of their Import Department.  He wrote that “[my work] is much easier than my work in Bangkok where my responsibility was much greater with company financial worries. Here my work consists of writing a few letters a day, calculating a few figures, costs of goods and pepping up the salesmen with encouraging remarks, etc.”

Hock How maintained a vigorous lifestyle, waking at 6am and walking to the park every day. “That gives me a lot of pep for the day,” he once wrote. In his mid-seventies, he commented that he felt younger every day and that many people said he looked like 55. He often wrote fondly about taking the three-hour steamer ride to Macau to spend a quiet week or weekend. He resided in a flat on Nathan Road in Tsim Sha Tsui, Hong Kong, across from Kowloon Park and walking distance to the Star Ferry.

Hock How continued to work and live in Hong Kong until his death on June 24, 1979. He was buried in Hong Kong.

CHU Tui Goon meanwhile stayed in San Francisco with her children and grandchildren. She enjoyed taking the long bus ride from her home in the Richmond District to San Francisco’s Chinatown to shop and meet up with friends. She also spent much time babysitting her grandchildren, hosting or attending weekly family gatherings, and traveling. She passed away on April 25, 2005, at the age of 95 and is buried at Skylawn Cemetery in San Mateo, California. 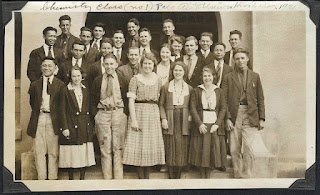 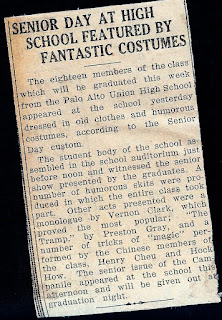 at May 29, 2021
Email ThisBlogThis!Share to TwitterShare to FacebookShare to Pinterest
Labels: Chu, Genealogy, Hong, Zeng, Zhao

Malvern, PA, United States
I am a fourth-generation Chinese American with roots in the San Francisco Bay Area and Toisan County, Guangdong, China. I'm an amateur genealogist and family historian. I ski, cycle, swim, and use to play water polo, and I've been away from pool for way too long. An avid traveler, I've hiked the Inca Trail, dove the Great Barrier Reef, and trekked the Silk Road.

My grandfather HONG Hock How was born at the end of the Ching Dynasty in Dong An Village, Taishan County, Guangdong Province 廣東省台山縣東安村 ...