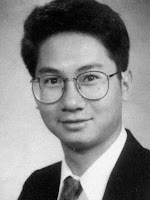 On his way to the disaster, Zack called his mother to tell her he was alright and that he had to help someone. Later Zack's classmates would report seeing him on Fox TV, wearing white gloves, squatting on the ground to help the wounded. 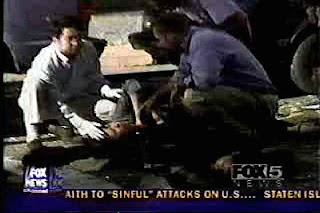 He died when the twin towers collapsed.

Zack immigrated to the United States in 1988 with his parents and older brother from Guangzhou, China. Zack picked up English quickly. He majored in Financial Business Management at the University of Rochester, and eventually earned an MBA before joining the Bank of New York in 1998.

An ambulance in Brighton, NY, is named in his honor as well as a block of Bayard Street near Mulberry Street in New York City Chinatown.

† NOTE: I do not have any known relationship to Zack Zeng other than having the same Chinese surname 曾 and both having roots in Guangdong, China.

Also, see why we use the name "Hong" instead of the more common Tsang, Tseng, or Zeng.

at September 11, 2021
Email ThisBlogThis!Share to TwitterShare to FacebookShare to Pinterest
Labels: Zeng